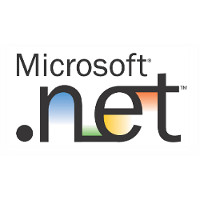 Microsoft is a huge company, it spent billions of dollars to create and support its new platform - .NET (written with a dot at the beginning and reads like "dot NET").

The main language for programming in this environment is C# - it is a simple, safe and modern object-oriented programming language.

C# (reads like "C sharp") took the best of popular languages such as Java and C++.

The NET Framework class libraries allow developers to use a single programming interface (API) to all CLR functions.

The CLR is responsible for managing and clearing the memory, so as in Java, executable code is being created, but it is not interpreted by the virtual machine, but is compiled taking into account the features of the operating system.

Thus, developers in C# have the ability to write efficient and high-performance applications.

How to Install the Microsoft .NET Framework

In order for these applications to run on your computer, you must download and install the Microsoft NET Framework.

Different programs may require a specific version of the NET platform for work. Usually it is installed with the program automatically.

If automatic installation did not happen for any reason, you can find the required version on the official website or in the application documentation and make the installation by yourself.

It should be noted that since Windows 7 the operating system already includes Microsoft .NET Framework 3.5 and you may need to install only a later version.

In modern operating systems such as Windows 8 and Windows 10 NET Framework is also preinstalled, but we may need to enable it. We can do this in the Windows component management section. 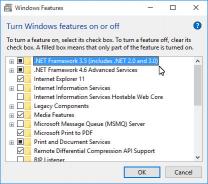 First, find out which version of the .NET Framework is required for running your applications before proceeding to download.

If you just decided to update the functionality of your operating system, we recommend you to install the Microsoft .NET Framework 4 Client Profile.