Skip to main content
Home
Articles
The Java platform - the Java Virtual Machine, how and why it is used

The Java platform - the Java Virtual Machine, how and why it is used 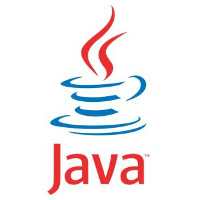 JAVA it is an open object-oriented programming language, it was created to overcome the difficulties associated with writing and compiling software for various operating systems and various devices.

Java is translated as "coffee". Why did they call this serious programming language as a tonic drink? Yes, it is simply, because the programmers were very fond of coffee!

The goal of the developers was to create a tool that allows to write code that is completely portable (cross-platform) and at the same time very efficient, stable and executed quickly.

Cross-platform was achieved by creating a virtual Java machine. In the virtual machine environment, Java program code is executed.

Java Virtual Machine or JVM is a program that becomes a layer between the operating system and the Java applications. Versions of JVM for all existing OS are implemented.

Other achievements of developers

The division of the platform into three main components

Currently, the Java EE platform is the best foundation for building enterprise applications.

What does the Java platform installation offer for us?

How do Java programs work?

The programmer creates a file with the extension .java and places into it the source code of the program.

With the help of the compiler, based on the source code, a file with the .class extension is created. Into this file the compiler places the byte code of the program - it is a set of commands for the virtual machine.

When the program is started, a file with byte code is loaded and executed.

Currently, with Java language is written a huge amount of high-quality and useful software, so, in order to not lose all the benefits of using these applications and to have fun creating Java programs, we will start installing the Java virtual machine.